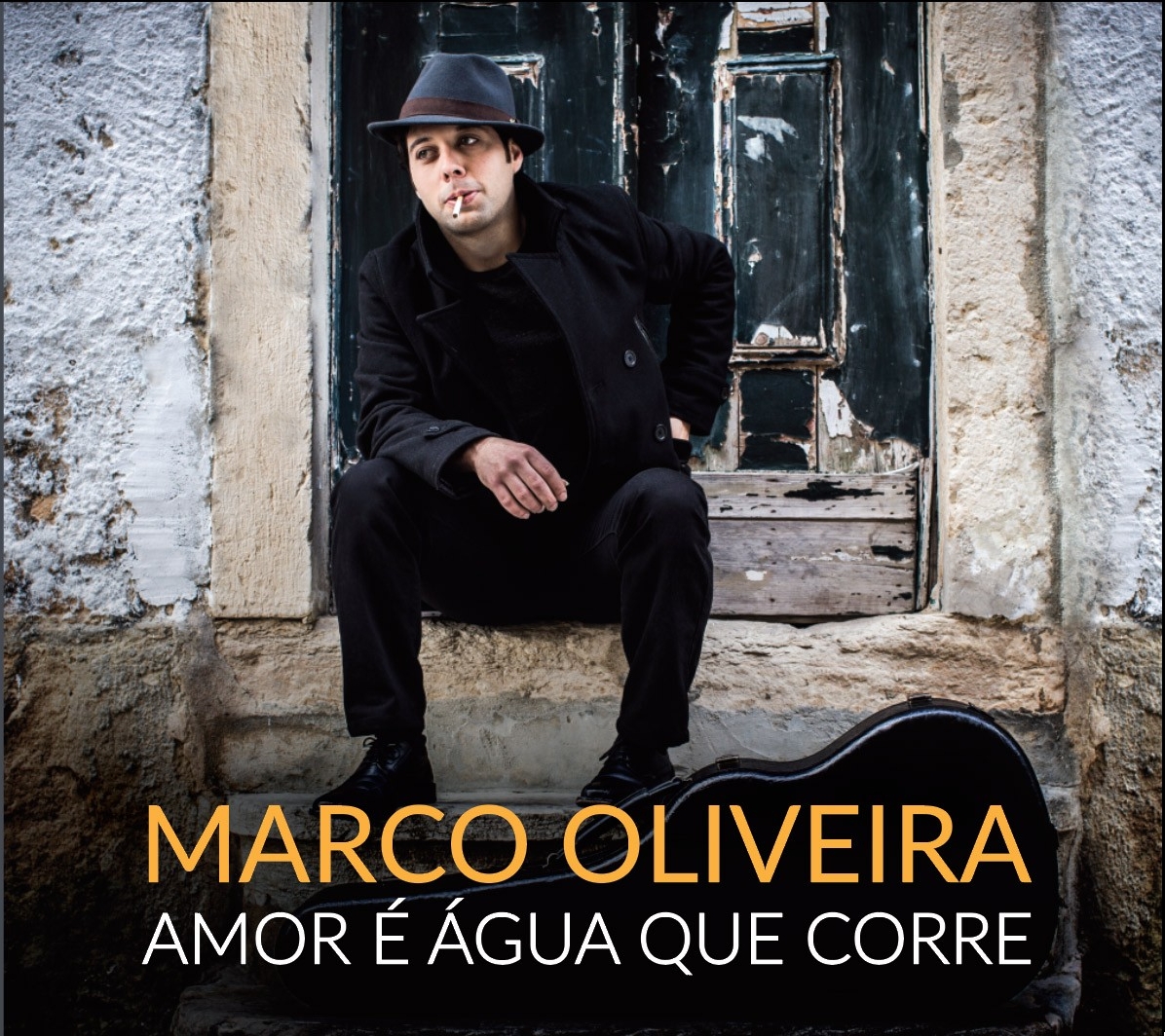 Marco Oliveira’s second studio album, “Amor é Água que Corre” can be heard as a conceptual work, in which music and words blend together to tell one simple love story, alike any other love story – with its moments of passion and jealousy, dazzling and despair, dreams and disappointments, crossroads and good-byes.

We can see it like a puzzle, where each original poem and song find its perfect fit with versions of some of the greatest traditional composers of Lisbon’s musical history, in a fully magical way.
Recorded at Namouche Studios by Joaquim Monte, in core partnership with Ricardo Parreira (music producer and Portuguese guitar) and João Penedo (Double Bass), “Amor é Água que Corre” is presented as a singer-songwriter’s album, in which Marco Oliveira excels as a musician (Guitar), interpreter and composer.

Above all, “Amor é Água que Corre” is a genuinely urban record, infused with traditional Portuguese ambience and character, proving that the art of songwriting can be fresh and continually renewed.

The first sign that Marco Oliveira was on the path to becoming a fadista came very early on. When he was still a child he had a habit of going through his father’s record collection and learning the names of each poet and credited author.
It did not take long for Oliveira to fall under fado’s spell, especially because all of the lyrics felt like a secret passage to a Lisbon that no longer existed.

“I was always fascinated by those stories that spoke of a different time”, he acknowledges.

Oliveira didn’t lose sight of that initial spark when he first started to sing and to play guitar. “I guess what’s important is to have a sense of searching for an identity and try to bring back some of that old spirit to our days”, he says. That could sum up Oliveira’s style, deeply rooted in traditional fado, but keen on finding his own contemporary way to address it. The very fist seconds on his sophomore album, Amor é água que corre (2016), feature a string quartet that welcomes us into his delicate singing style.
Amor é água que corre is like a statement. After proving himself worthy of fado’s tradition, Oliveira wanted to write, play, sing and produce his own songs. And that’s what he’s been doing, whenever his night job at fado house, Maria da Mouraria, doesn’t get in the way. But an apple does not fall far from the tree, and even when he’s singing his own stuff, he is always grounded in fado. “I know fado is the basis for the music I’m doing now. It all sprouted from there – it’s like a house I live in opening doors to a lot of other places.”
Fortunately, he’s not shy in seeing where they might lead him.